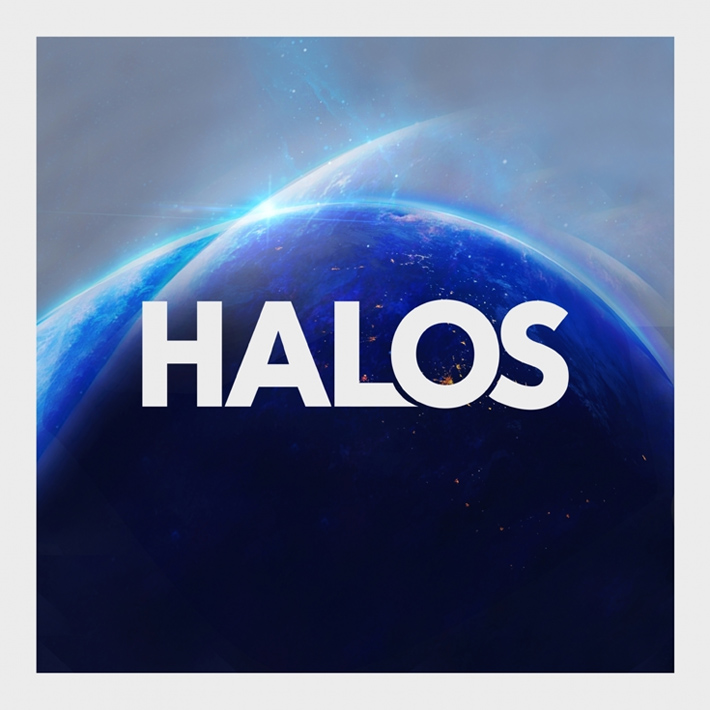 'Halos' is a song released by Australian band 'Chelsea Rockwells'. The band required digital and print artwork for the single release on digital streaming, online networks and CD. The band also needed a lyric video, tour poster and digital artwork package to promote the release. The lyrics, themes and musical vibe of the song were used to inspire the below visuals and concepts which best capture and represent the song.

Creation of a professional lyric video based on the 'Halos' artwork & concept for promotional use on YouTube & Facebook.

Artwork design for a poster to promote the release of the single 'Halos' & multiple shows dates of the band's 'Halos Tour'. 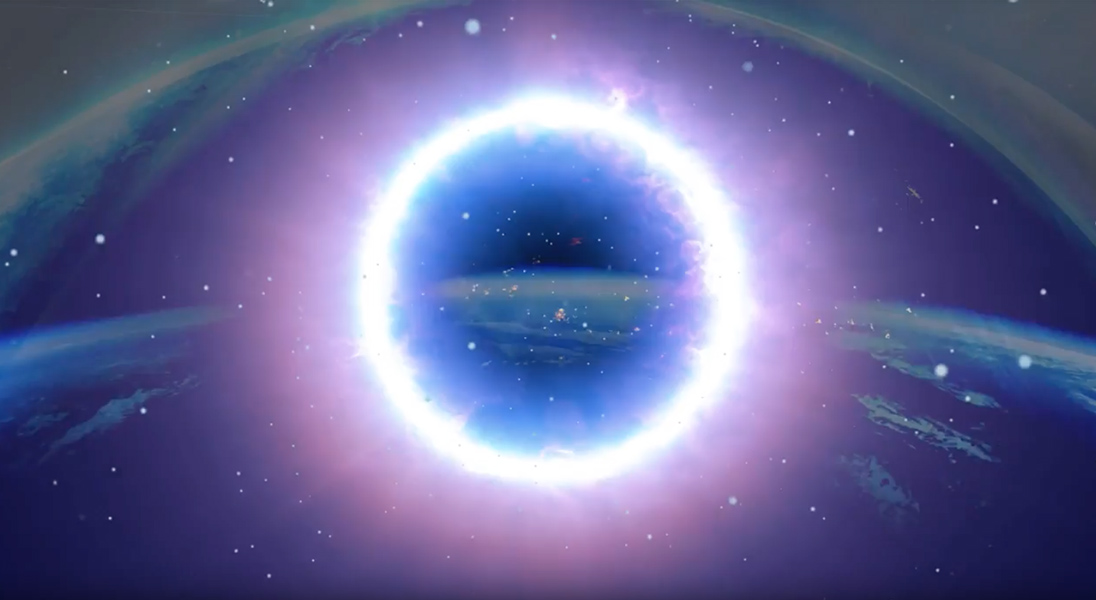 The ‘Halos’ artwork concept was influenced by lyrical content and imagery of the earth from space. The light reflections and halos created by the sun behind the earth inspired the artwork –The power and boldness of the light imagery complimented the energy of and vibe of the song. The ‘Halos’ artwork was created using photoshop image manipulation, digital painting and creation of a font style, which was used by the band over multiple releases.

A key factor in the creation of the artwork was the ability for the concept to be adaptable over a variety of mediums. The artwork needed to work in digital and print forms as well as be adaptable for video concepts and easily visible on online streaming platforms. 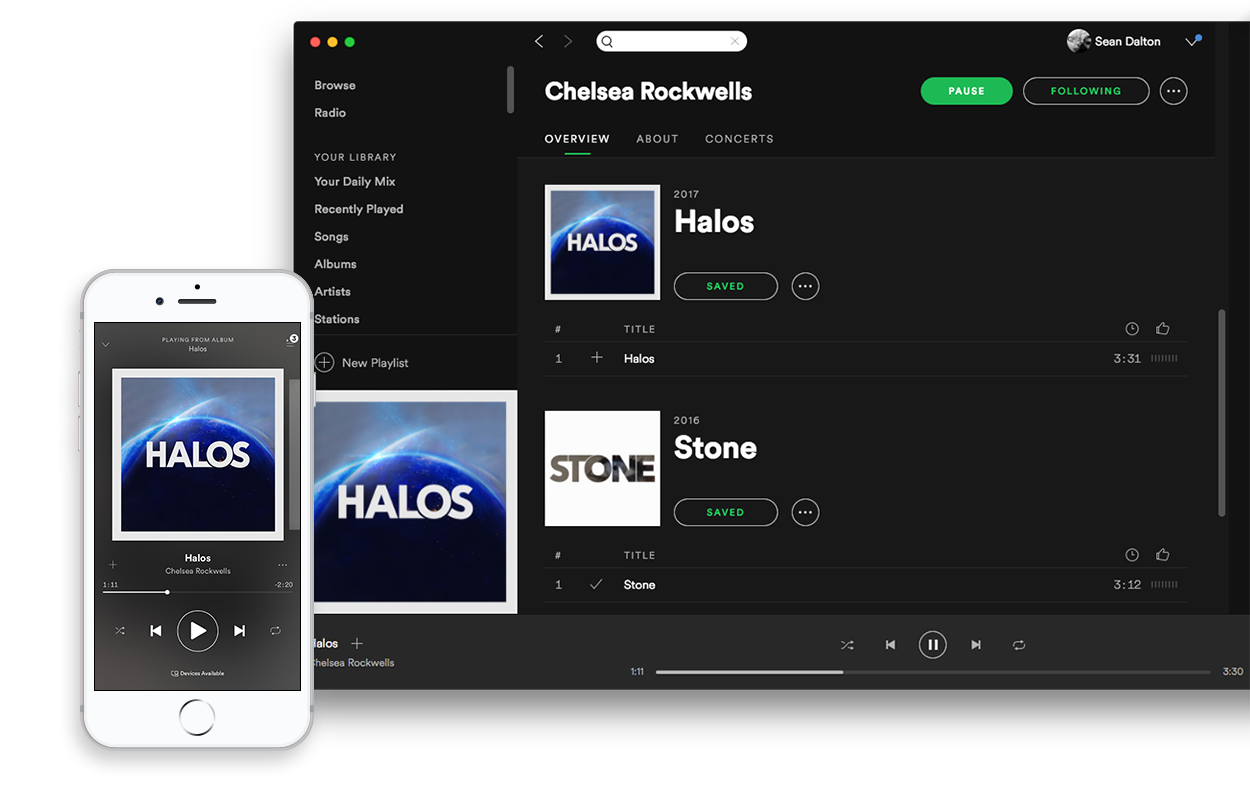 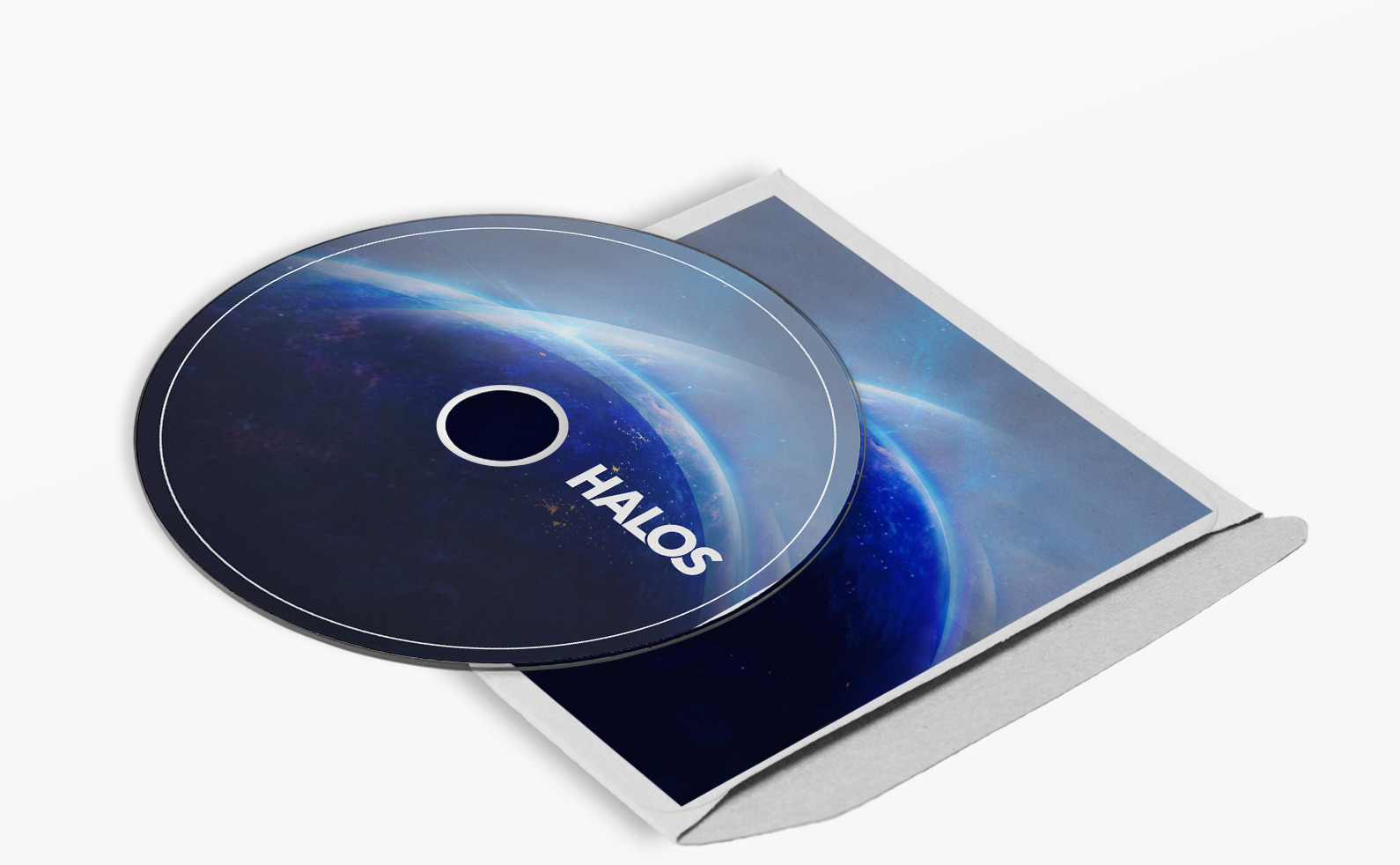 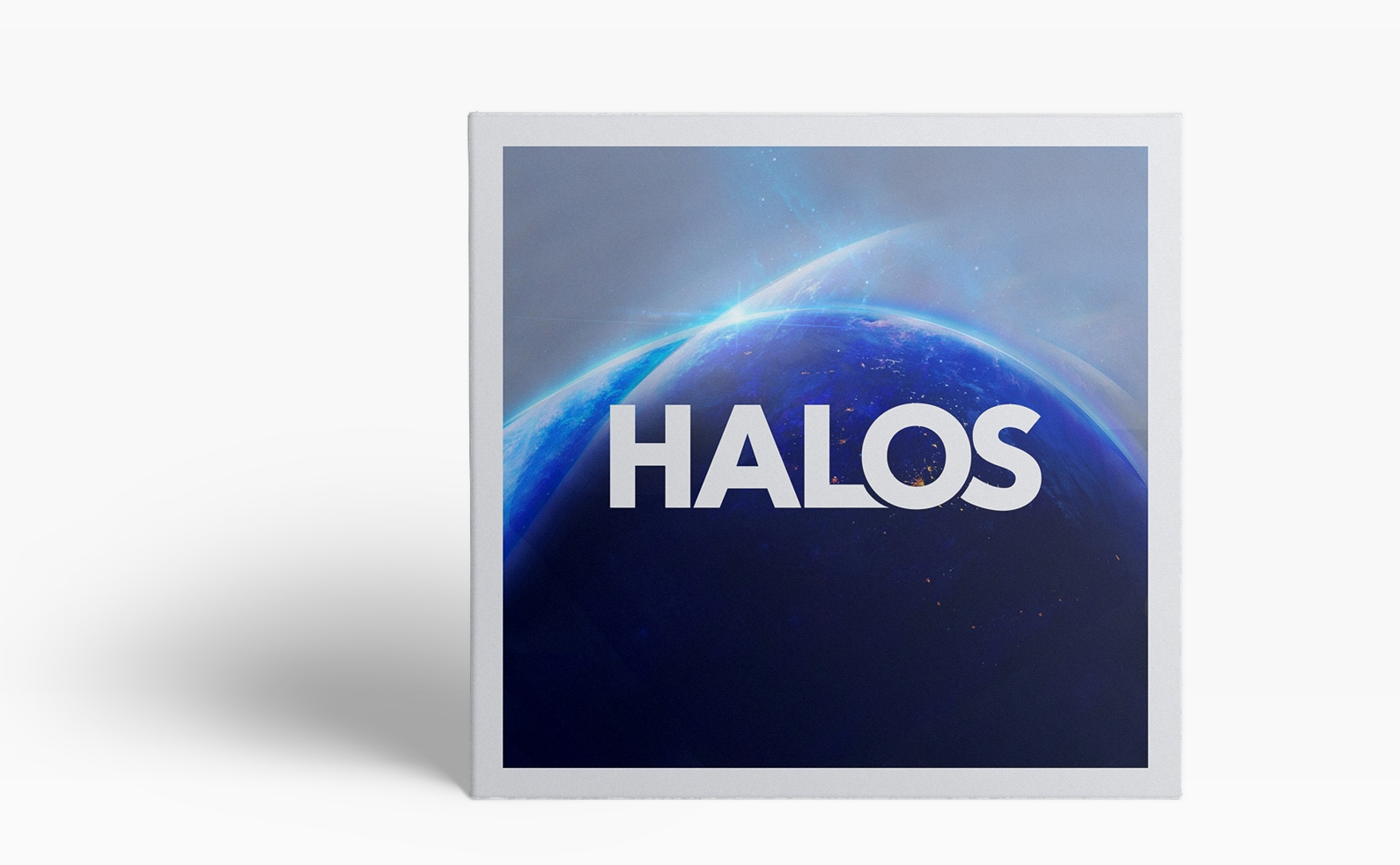 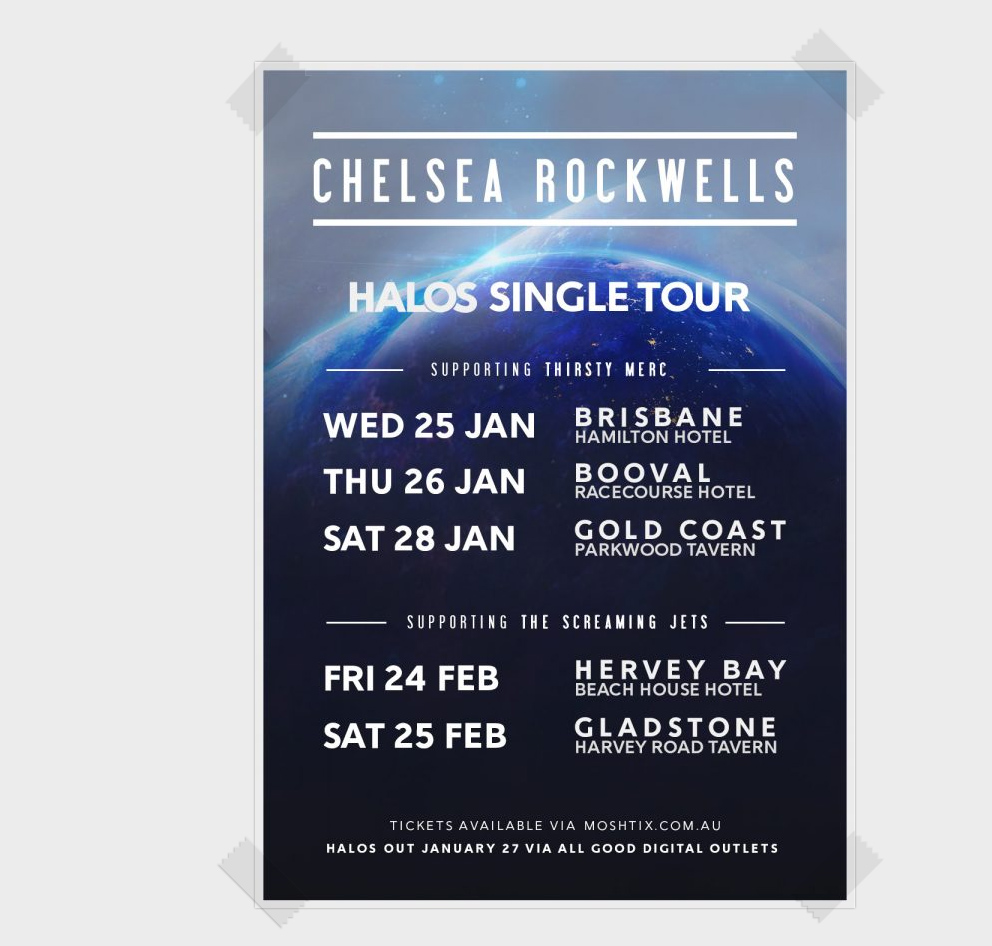 To promote the release of the single ‘Halos’ as well as multiple show dates for the band’s ‘Halos Tour’, branded posters and artwork were designed for print and digital outlets. Furthermore creation of Facebook, YouTube, Apple Music, Spotify banners and collateral were also developed to promote the release and tour. 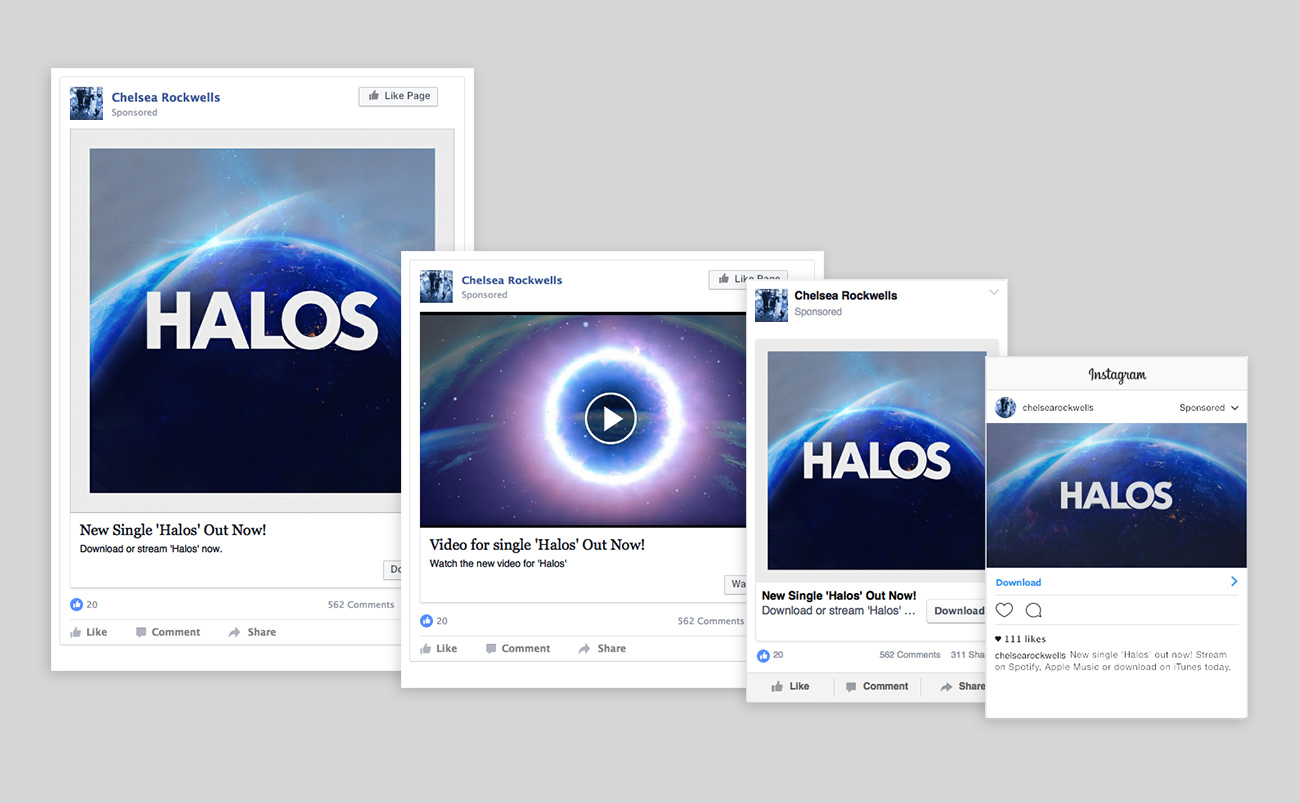 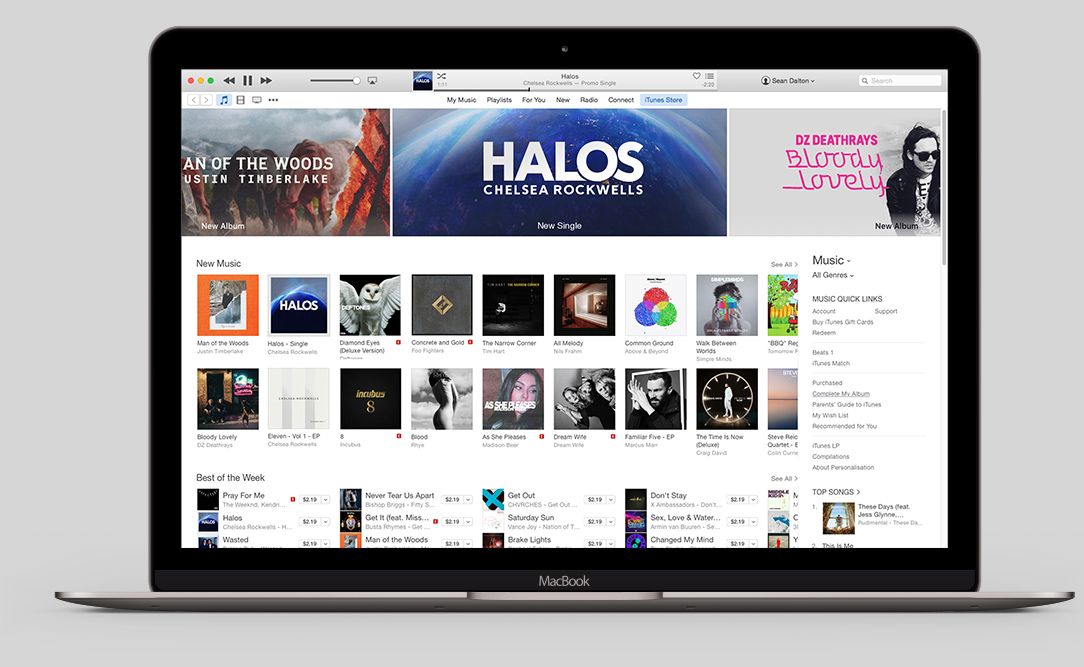 I am (Sean Dalton) a Graphic Designer, Creative and Musician based in London.

To see some of my work view my Portfolio. For any enquiries or just to say ‘hey!’ visit the Contact Page.

I am currently available for freelance work, so feel free to contact me with job requests – Also check out some of the projects I’m involved with.